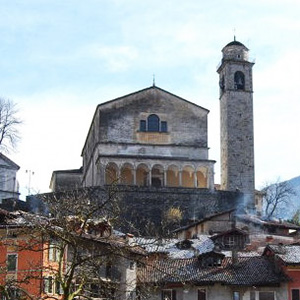 It was built in 600 in three years architect G. Bassist Lantana (1561 to 1627) appears to be the third largest in the province of Brescia, was in fact called "cathedral in the mountains."

Inside there are works of great artists such as Titian, Tintoretto, Palma the Younger, Turbid, Pietro Mera, which testify to the greatness of Bagolino. The building looks like a big compartment barrel-shaped smooth illuminated by 8 semicircular windows corresponding to the eight side chapels, four on each side, interspersed with double pilasters that give a feeling of greater height. The high altar, the abbot Gaspare swirls, is stately and elegant. The altarpiece, painted by Andrea Celestial, is at the top the Holy Trinity and in St. George slaying the dragon.

The painting of the Madonna of San Luca is the work of a pavement artist, is placed in the fifteenth century by G. Panzazza and defines it as one of the finest specimens produced in this field. The original work is discovered every five years with solemn ceremonies. 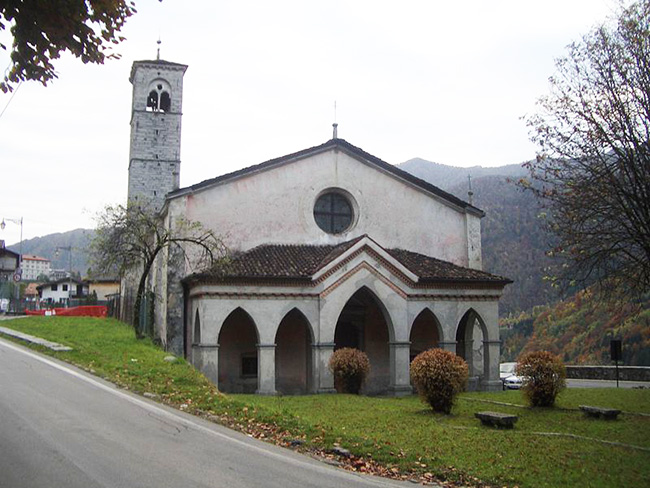 The church is dedicated to St. Fabian and Sebastian was built on the ruins of a pagan temple.

Gianni Pietro da Cemmo frescoed the presbytery between 1483 and 1486. These frescoes, Annunciation, twelve sibyls, Crucifixion, four doctors of the Western Church and the lives of the saints) is an important example of Lombard painting between 1400 and 1500 straddling the International Gothic and Italian Renaissance.

In 1577 the church was enlarged and dedicated to St. Rocco and the frescos were covered with a layer of lime, only in 1958 were brought to light.

The church is mentioned since 1598 is located in the middle of the rocky promontory overlooking the village, once he lived a hermit (Romet) instructed to warn the inhabitants of Bagolino in case of initial fires ringing the bells to hammer. The small complex is also formed from the house of the hermit (where there is also the vat in which, according to tradition, babies are born) and the bell tower '"tavern" modest hostel for visitors. In 1653 the church was enlarged and the interior is decorated with frescoes.

Was among the first in the province of Brescia to be built outside the city limits, as required the 'Napoleonic Edict of Saint Claude of 1804. Striking the sequence of family chapels which forms the boundary to the cemetery road, some opening protected grates offers picturesque views towards the simple interior, which preserves a wealth of wrought iron crosses.

Built in 1877 thanks to the sacrifices of the population, dedicated to St. Joseph was consecrated in 1908. Inside there is a painting of the Madonna of San Luca, a faithful copy of the one in the church of Bagolino. The high altar of 1909 has a 'backbone of white Carrara marble with mirrors in the base and in the steps of colored marbles.

1941 is the realization of the decoration of the choir, the presbytery and the ceiling of the church including the great fresco that form the altarpiece painted by Vittorio tow. 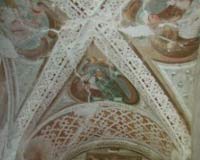